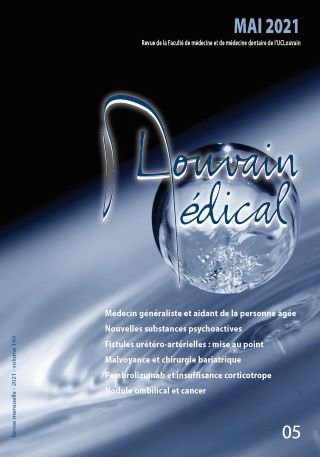 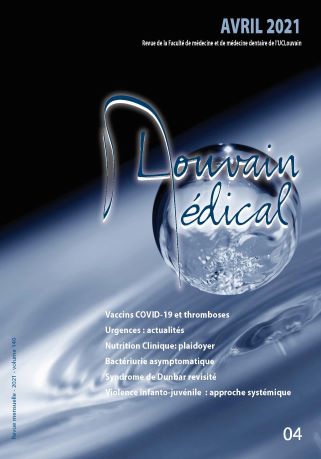 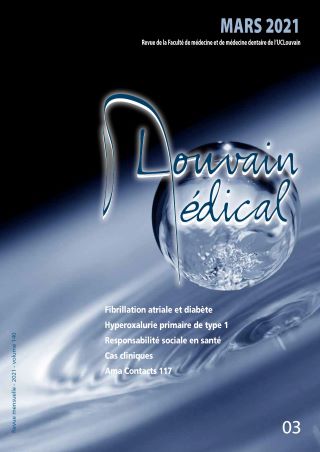 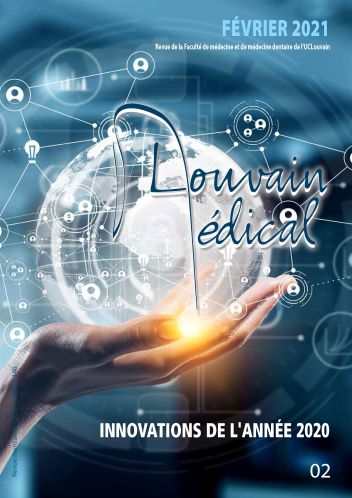 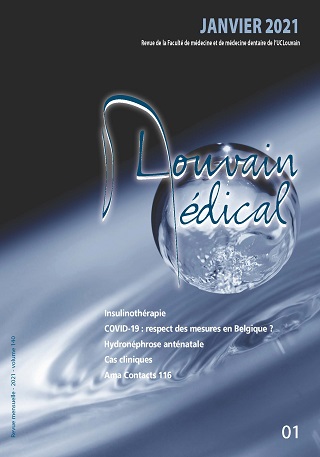 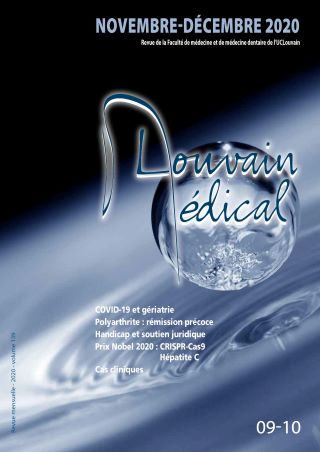 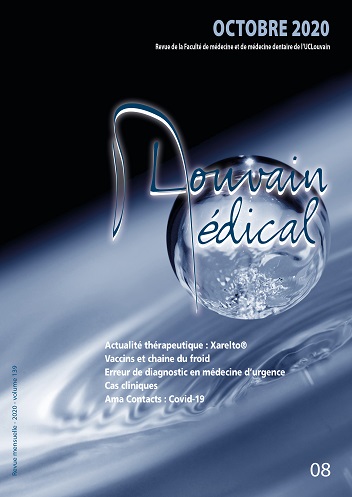 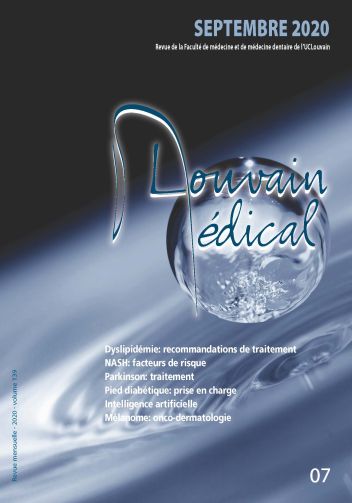 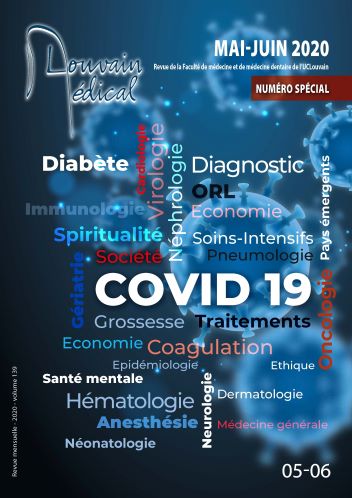 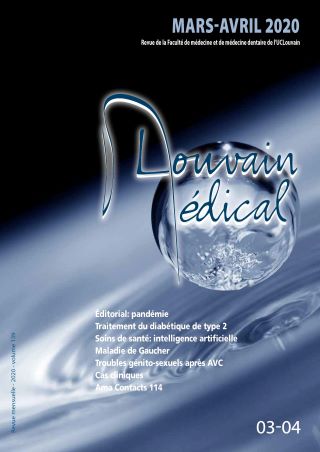 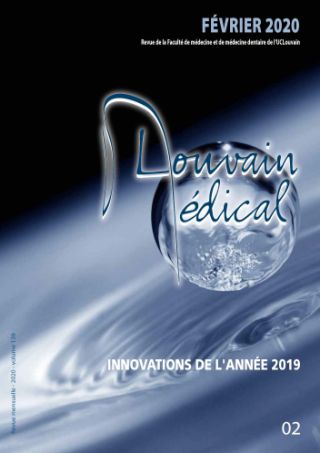 To understanding the experience made by a caregiver for an...

Informal caregivers of dependent elderly persons are currently increasing in number in Belgium. Because of the physical or mental burden induced by their role, they are vulnerable. Nine informal caregivers with varied profiles were questioned using semi-structured individual interviews, which were aimed to better understand their experiences and clarify the place that the general practitioner could assume in this environment. Analysis of the testimonies clearly reveals a physical and psychological interdependence between both the caregiver and elderly person, which may at the origin of numerous disagreements within the dyad, along with the lack of a centralized referral system of professional helpers. The general practitioner, who is in the first-line of care, could play a key role in the early identification of the caregiver’s suffering, provided he relies on a proactive approach. The general practitioner could also centralize the available help, while always informing both the caregiver and elderly person.

Over the past twenty years, the European drug market has turned out to become more complex because of the emergence of new psychoactive substances (N.P.S). The N.P.S designation refers to new synthetic drugs that are designed to mimic the effects of the so-called standard drugs, such as heroin, cannabis, cocaine, as well as others. Though being similar, the clinical features of N.P.S are inherently more complex to deal with because of their ability to act on different receptor types.

The treatment remains symptomatic owing to the lack of antidotes or quick identification tests. The identification, evaluation, and evolution of the patient at risk of instability primarily guide the treatment.

Uretero-arterial fistulas (UAFs) are the consequence of a chronic inflammatory process that leads to the weakening of ureteral and arterial walls at the crossing level. In recent years, the number of cases described in the literature has continuously increased. Most UAFs are accounted for by the exposure to several typical risk factors. Clinical suspicion is the key for a rapid diagnosis and appropriate treatment. Management of UAFs has evolved over time, being currently based on an endovascular approach. Despite an improvement in diagnostic and therapeutic techniques, morbidity and mortality remain high.

This work, which is based on two clinical cases with different presentation and management, illustrates the heterogeneity of this pathology, which is often barely understood. In addition, the article proposes a review of the current recommendations on the subject.

- To report a case of severe hypovitaminosis A, responsible for bilateral blindness, which occurred 10 years after a bilio-pancreatic bypass.

- To recall the necessity of an early vitamin supplementation to obtain a remission of visual manifestations.

Case report, review of the literature

A 36-year-old man, who was followed-up and treated for keratoconus, was referred to our unit due to a progressive bilateral visual loss. The medical history revealed a gastric bypass surgery 10 years earlier, which had been followed by a biliopancreatic bypass.

Ophthalmological examination revealed bilateral blindness and severe dry eyes. The fundus was only visible at the right eye. On fundoscopy, the optic nerve was pale, and the retina showed diffuse pigmentary changes. There was a lack of response on the electroretinogram. Biological analysis revealed undetectable vitamin A levels, along with low levels of Cu, Zn, 25OHvitamin D, and vitamin E. The diagnosis of retinopathy and optic neuropathy due to nutritional deficiencies was made. Following treatment with vitamin supplementation, vision improved, yet in the right eye only.

Vitamin A deficiency associated with irreversible blindness is a clinical picture that is only rarely encountered in industrialized countries. Digestive malabsorption, especially if induced by bariatric surgery with biliopancreatic diversion, is a common cause. Recognition of the early symptoms, including xerophthalmia and night blindness, is essential to enable curative treatment to be initiated.

Thrombosis and vaccines: a new challenge of the COVID-19...

Venous thromboses at unusual locations, such as cerebral and visceral sites, along with thrombocytopenia have been detected in patients who received COVID-19 vaccines using adenovirus vectors. The concomitant presence of antibodies targeting platelet factor 4 is suggestive of an autoimmune process associated with heparin thrombocytopenia. These thromboses, although very rare, significantly impact the vaccination strategy.

This article seeks to review the available data on this topic. Accordingly, the observations that led to its identification, its hypothetical mechanisms, the diagnostic approach, as well as the therapeutic strategies to implement are presented in a concise and practical manner.

This article should help any health professional to better understand this rare vaccination-related complication and answer the patients' many questions.

The knowledge of physicians in the field of nutrition mostly lags far behind the patients’ expectations, without complying with official recommendations. However, poor-quality nutrition and diet represent the first cause of mortality worldwide. As a result of insufficient training and poor awareness, many physicians do not meet patients’ expectations. Moreover, nutrition is often perceived as of low scientific value, thereby opening the area to numerous pseudo-scientific errancies. We advocate an overall improvement in nutrition training during the medical cursus, including transversal integration of nutritional insights into medical courses, in addition to the recognition of post-university training validated by academic authorities. A clarification of the roles and recognition of the competency framework are urgently required in order to further promote the professionalism of nutritional counselling.

Whether you are active physician, retired physician , Assistant , Student, ...
Feel free to submit an article in your field of expertise.

Operational cookies ensure the smooth running of the site and cannot be disabled.

The cookies optimization allows us to analyze the use of the site in order to improve it.